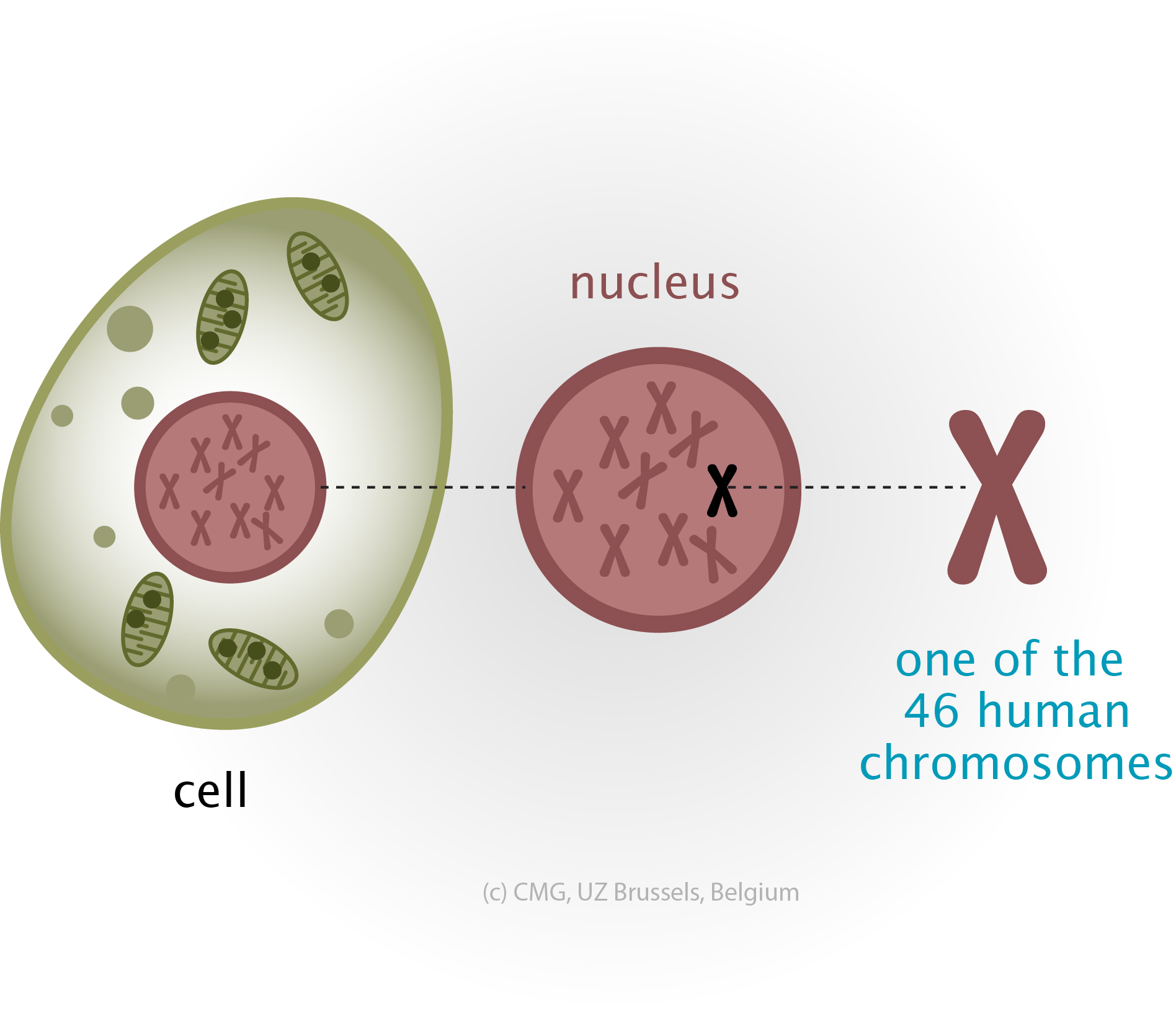 Virtually all the cells in our body contain genetic material, with the exception of red blood cells and platelets. These have no nucleus and consequently no DNA. Otherwise every cell in the body is made up of a cell wall (cell membrane), cell fluid (cytoplasm) and a nucleus.

DNA as we have described it above is actually nuclear DNA: DNA in the nucleus. In resting cells this looks like an unraveled tangle but it becomes arranged into a more compact structure during cell division. Then the DNA organises itself into smaller, well-defined sections and can be visualised as the 23 pairs of chromosomes that we call our 'karyotype'.

Nuclear DNA is made up of genetic material from your father and mother, and the nucleus therefore contains pairs of chromosomes: you have two copies of each chromosome, one from each parent. Distributed between these 46 chromosomes we find more than 20,000 pairs of genes. Figures for the exact number of genes that a person has are still very uncertain.