A sex-linked inherited disorder is caused by a genetic mutation on the X chromosome. These are also inherited in a dominant or recessive pattern. There are also disorders associated with the Y chromosome, but these are inherited less frequently. That is because they are often associated with male infertility.

In X-linked dominant disorders, both men and women are almost always affected. In X-linked recessive disorders, girls have a reduced chance of inheriting the condition because they have two X chromosomes, one of which is always inactive. This deactivation usually occurs at random, so they are usually not affected. Boys, however, have only one X chromosome. If they inherit an affected allele from their mother, even if it is recessive, they will have the disorder. This explains why some X-linked disorders or characteristics occur much more frequently or almost exclusively in boys. Well-known examples of this include colour blindness and haemophilia (a blood clotting disease).

The risk that a boy will inherit an X-linked disorder from his mother is fifty percent. He cannot pass on the condition to his son, because a son will by definition inherit his Y chromosome. If he carries the disorder, however, he will pass it on to his daughter. She will in turn become a carrier. 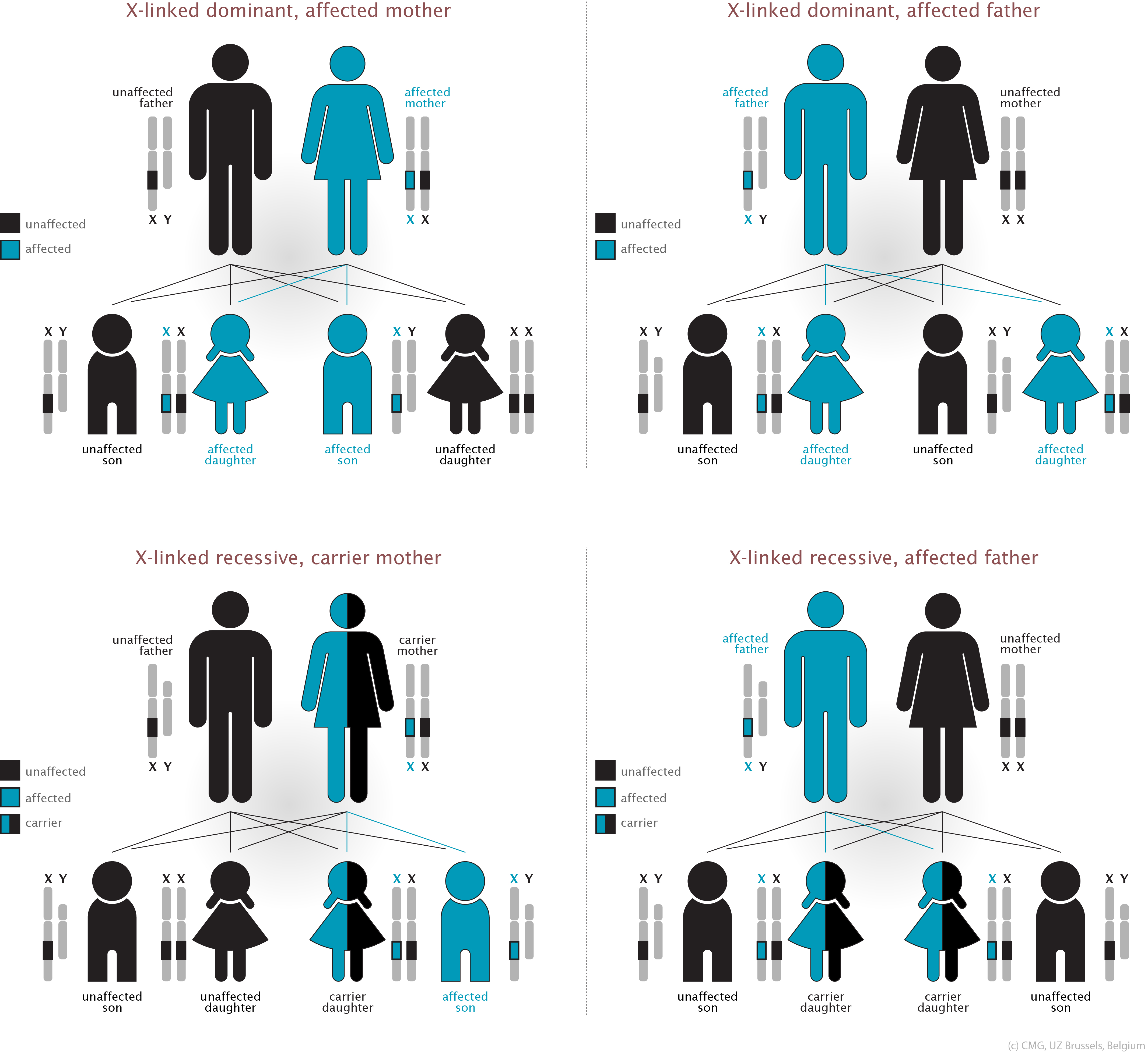