A human being has approximately 23,000 pairs of genes, which consists of long sequences of codons, while our DNA is a chain of three billion bases. It should therefore be clear that our genes (the instructions for our body) are scattered among many pages of meaningless text (nonsense DNA): syllables that do not code for an amino acid and therefore do not contribute to the formation of proteins. That does not mean that it has no function, but genetics has only partly worked out what its precise role might be.

What is more, even our genes contain nonsense DNA, which is not expressed as amino acids. We call these 'introns'. The codons that are expressed - i.e. meaningful codes that result in the expression of amino acids - form part of 'exons'. Every gene consists of several exons, interrupted by (a number of) introns. 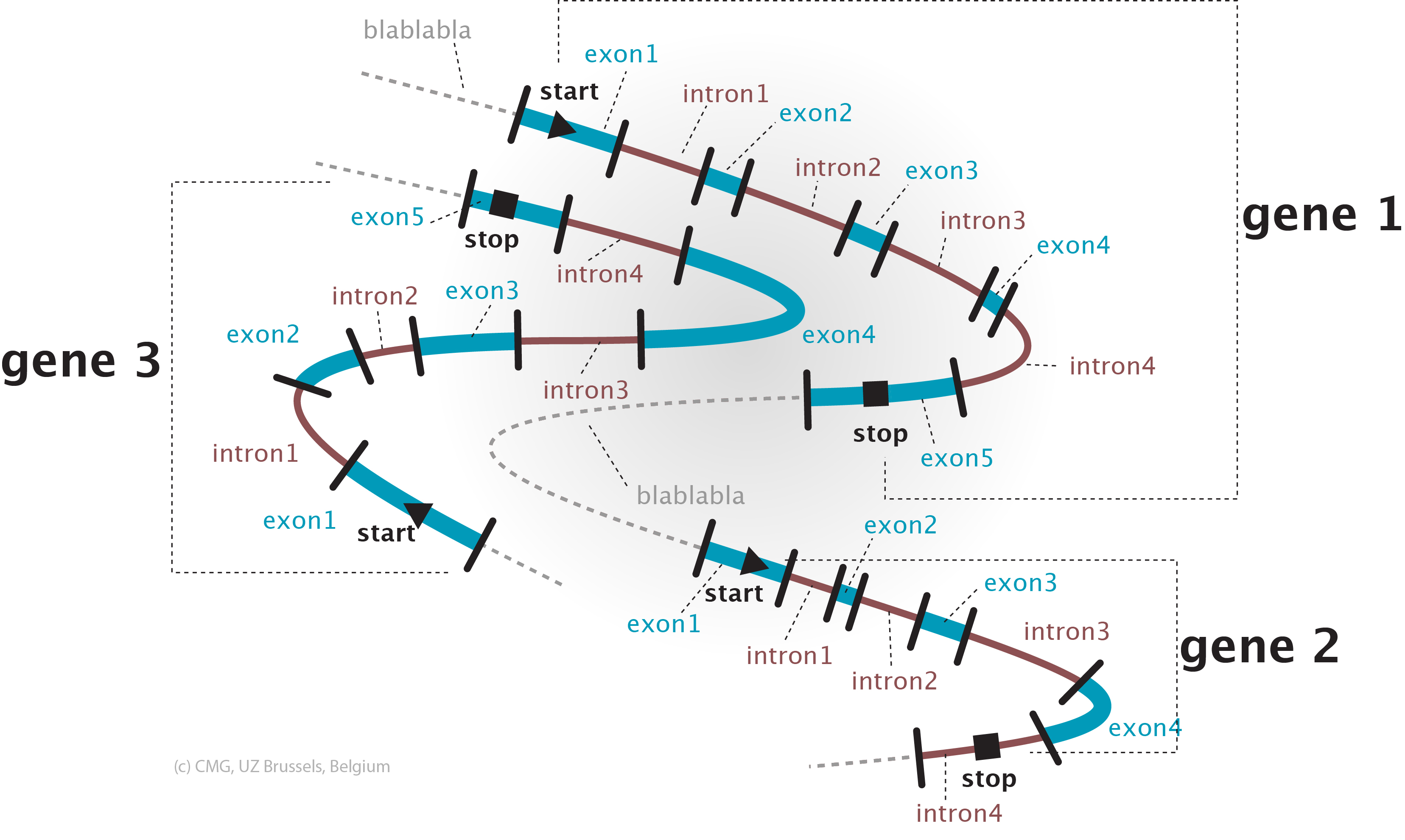