The fact that the number of chromosomes is reduced by half in sex cells explains why we inherit some characteristics from one of our parents and not others. It is a matter of chance which of the two recombined chromosomes in the pair ends up in the sex cell from which we are formed as an embryo. For example, if one parent has one healthy and one mutant allele of a particular gene, there is a 50-50 chance that the affected allele will find its way into the fertilised egg. If the other parent only has two healthy cells for the same gene, there is a one in two chance that the embryo will have one affected allele.

As soon as fertilisation has occurred, genetic transmission occurs according to specific rules. During the nineteenth century this was discovered through cross-breeding peas and flowers by an Austrian monk named Mendel - which is why it is called Mendelian inheritance.

Two alleles (two versions of a single gene) may be identical: if so the mother and the father pass on the same instruction for a particular characteristic. They may, however, be different. In these cases we have two versions in our DNA instruction manual. In this situation there are certain characteristics that are more likely to be expressed, while others are less likely to be expressed. The former are referred to as 'dominant' and the latter are 'recessive'. 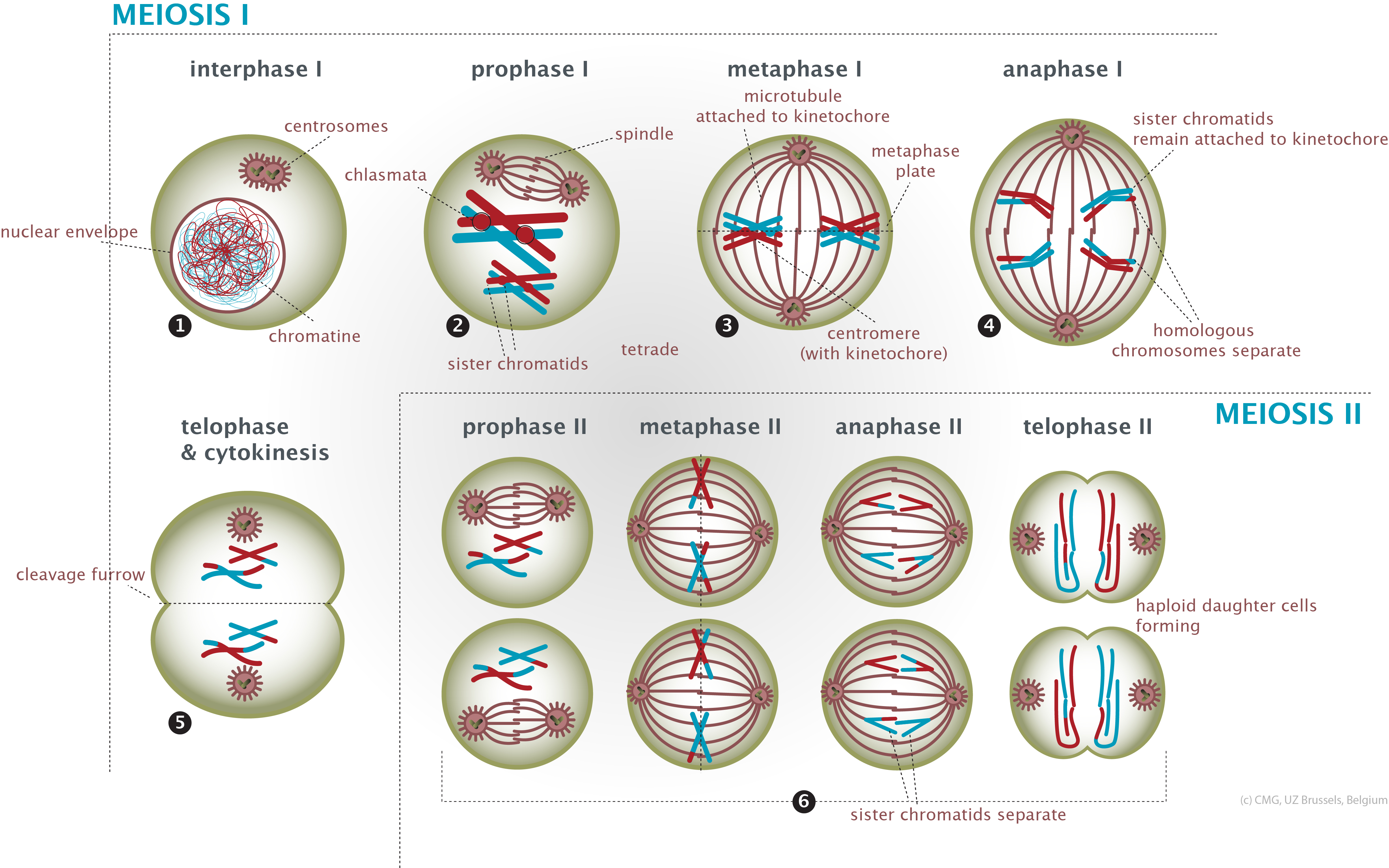 An example:
If your father has black hair and your mother is blond, you are very likely to have black hair. That is because black hair is dominant. If, however, your father also has a blond allele (alongside the dominant black one), he can still father a blond child with your mother, if the fertilised sperm cell happens to contain the recessive allele. In that case the child has received two blond alleles. What is more the child may be blond even if neither of the parents has blond hair. In that case both parents are carriers of the recessive gene and both of them pass it on by chance.

Genetic variations that cause diseases can also be dominant or recessive. That is why we distinguish between three types of inherited disorders: